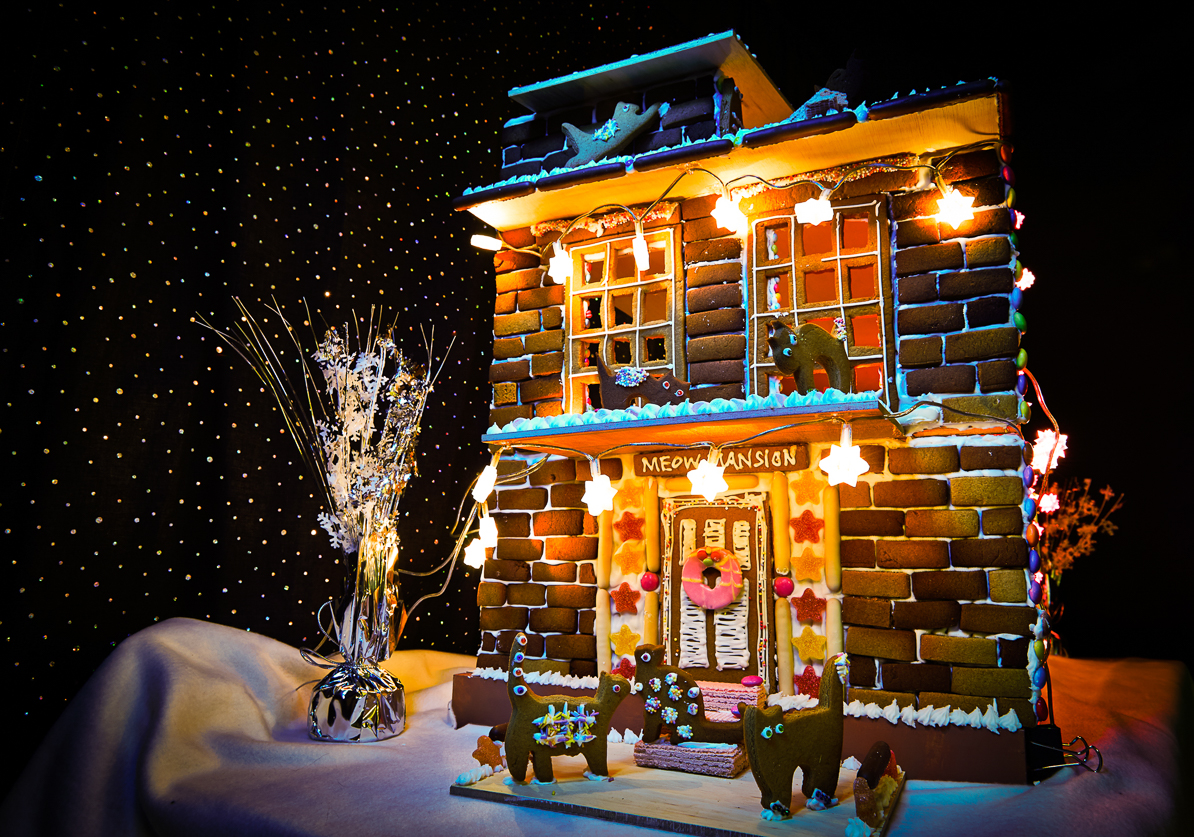 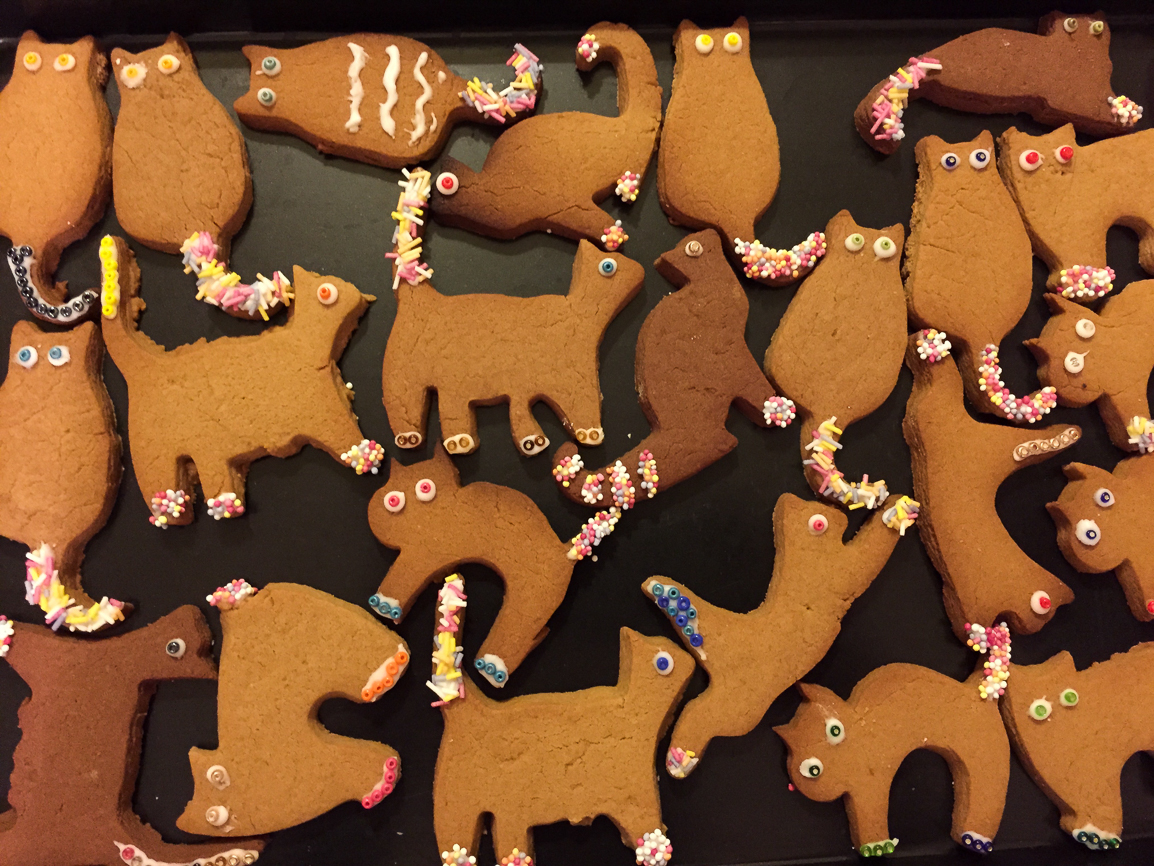 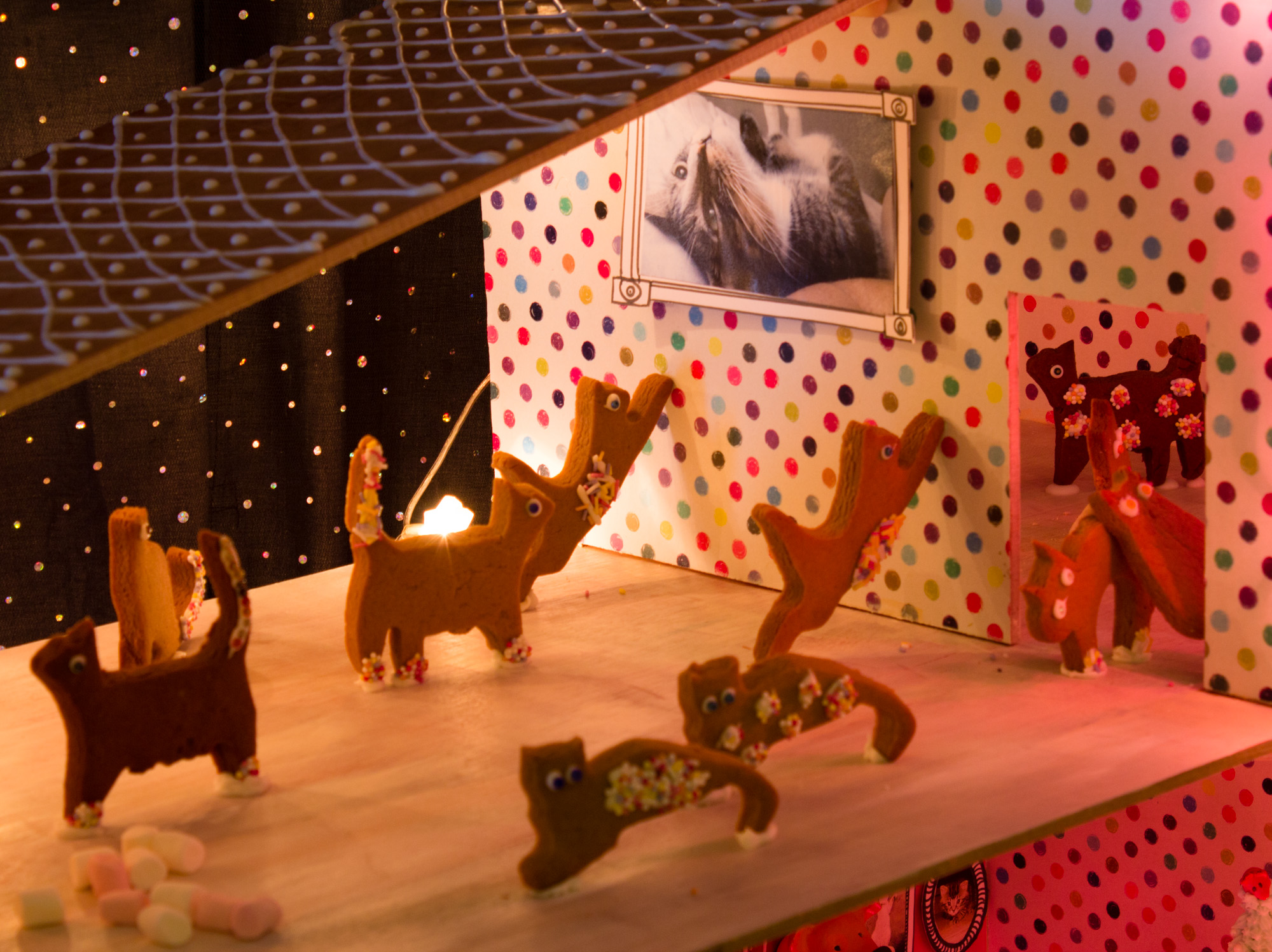 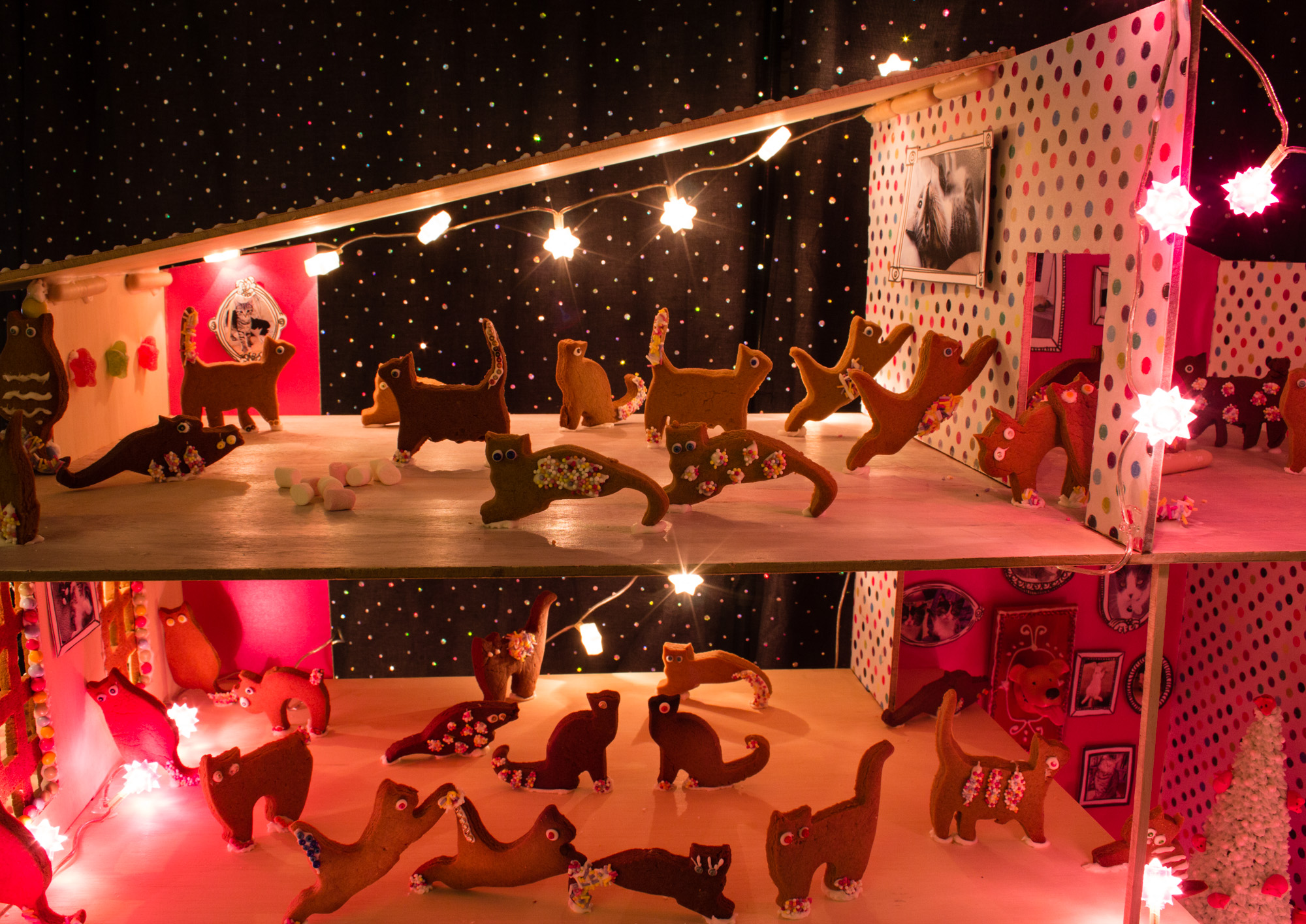 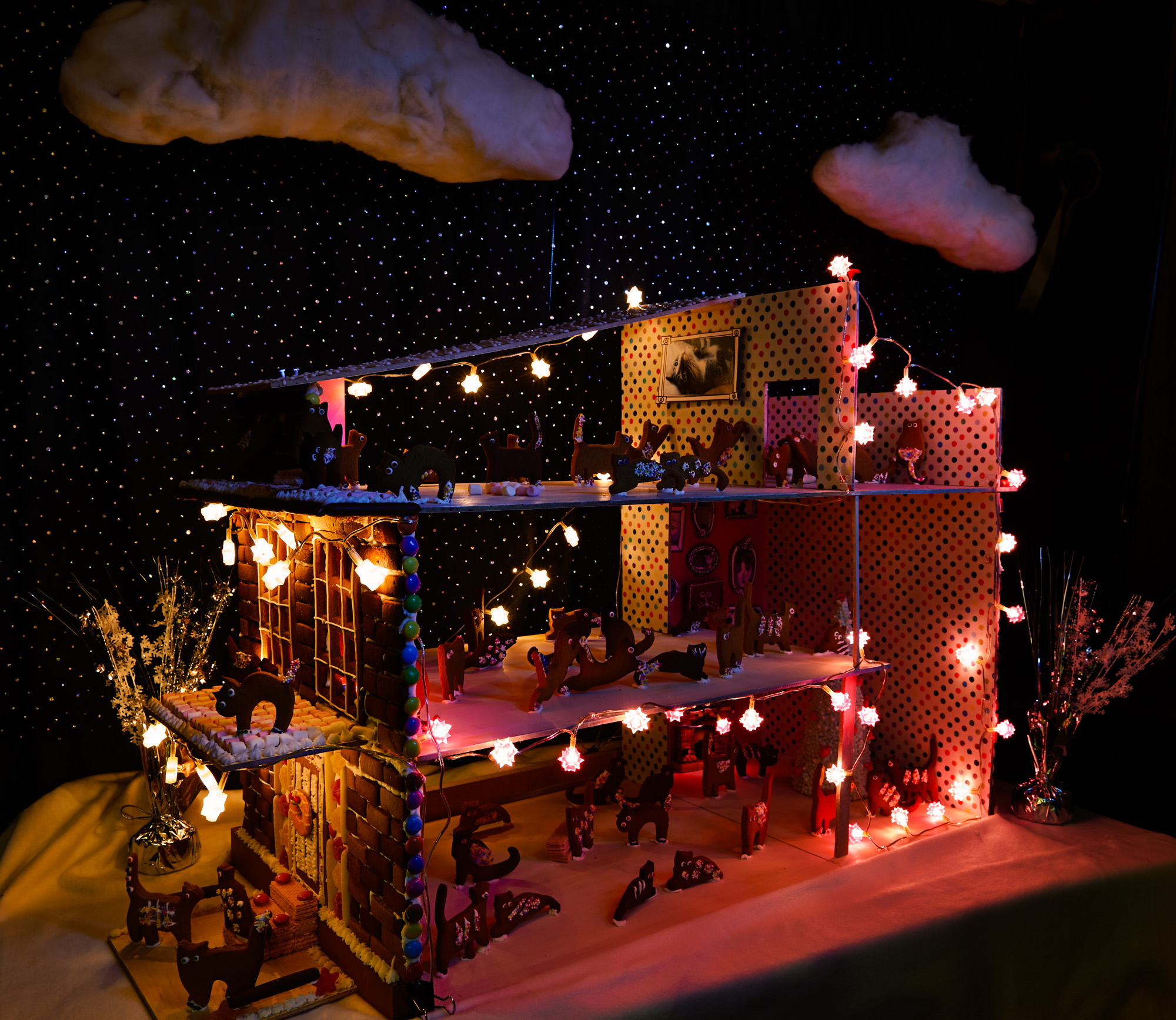 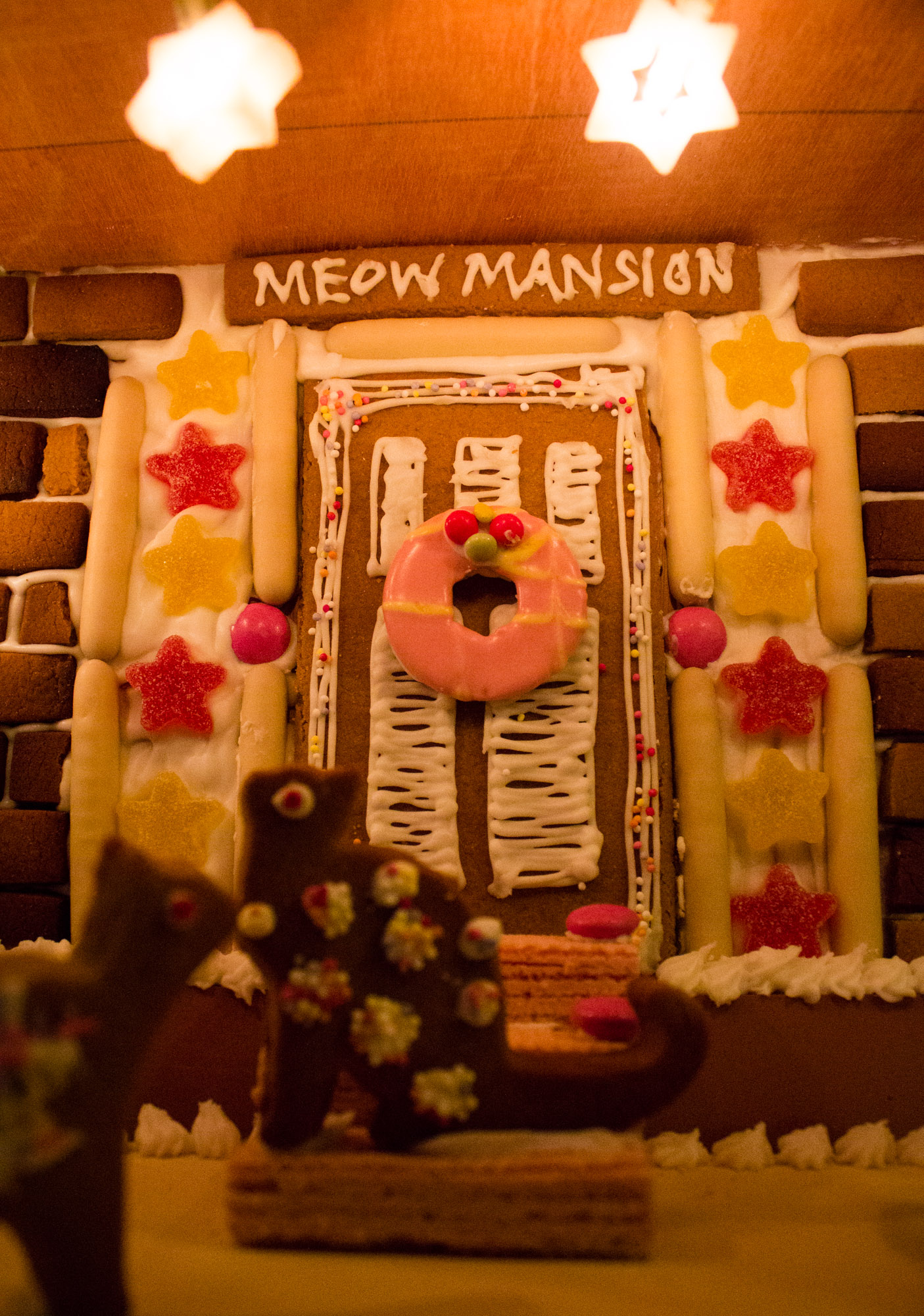 What happens when two unneutered cats fall in love?

Meow Mansion is a large gingerbread installation realised in collaboration with the Cats Protection. It visually narrates the story of two unneutered cats, Kitty and Boots, and their rapidly expanding family.

The awarness campaign art project helped visually convey the impact of cat overpopulation. The project was featured in the local paper and gave Cats Protection a platform to encouraged more people to support a happy healthy population of cats by neutering and rehoming them.

2014’s exhibition showed Kitty and Boots, the two unneutered cats, preparing to celebrate their second Christmas with 65 of their offspring. By Christmas 2015, they could nervously expect some 300 more kittens to join the festivity. 2000 more meows could be joining the following year in 2016 and by 2017, 11,801 purring cuties will be needing a good feeding (and, in case you wondered, 2 million feline relatives by their eighth Christmas!).

Could they go on feeding them all? Or should Kitty and Boots be neutered?

The work is a response to the cat overpopulation problem experienced nationwide in not only the UK, but in many other parts of the world—both developed and developing countries—due to lack of neutering. Cats Protection, a leading UK cat welfare charity, spends approximately 80% of their annual budget on their neutering programme. Similarly, cat neutering is one of the biggest campaign appeals made by the RSPCA.