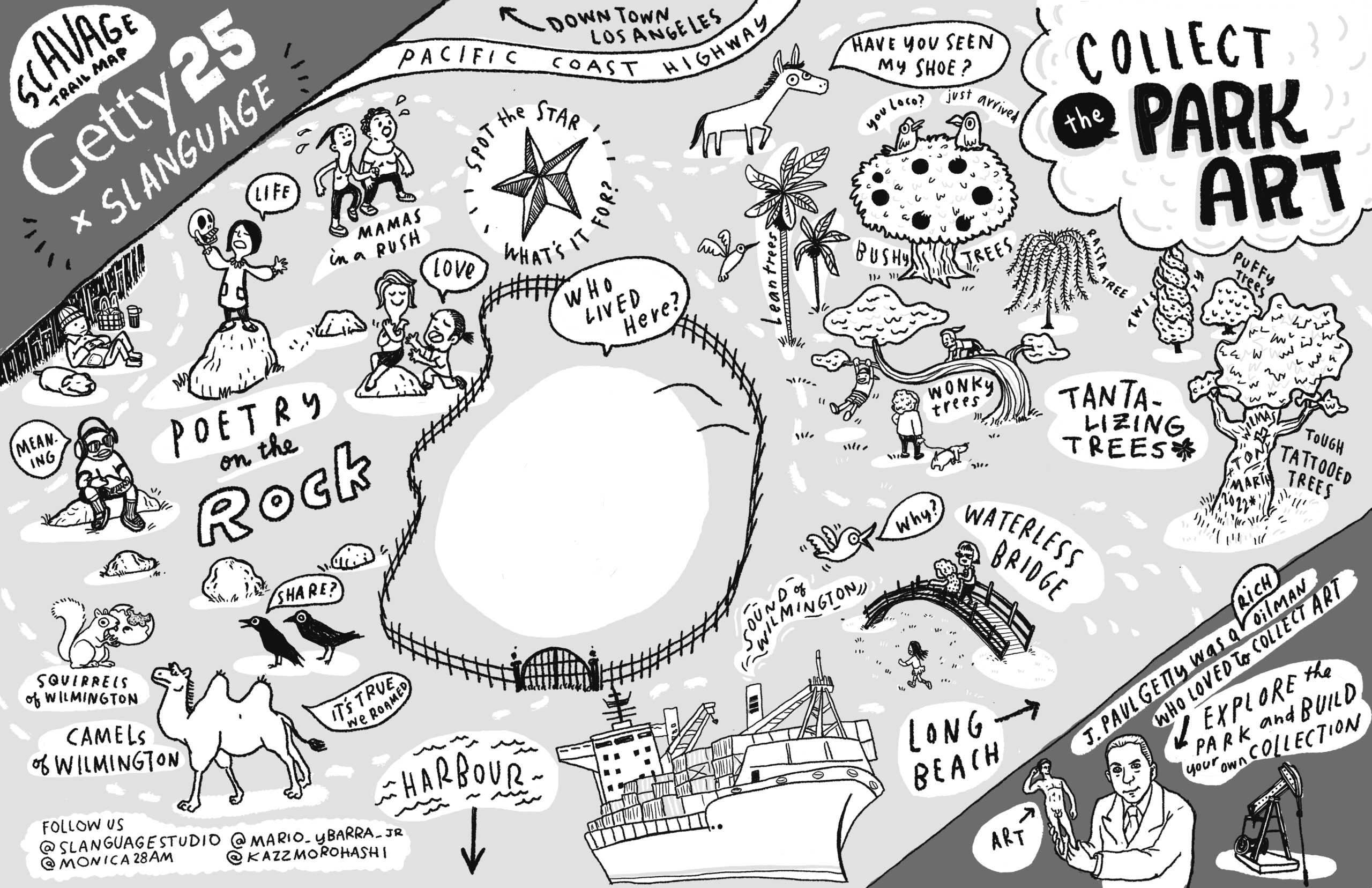 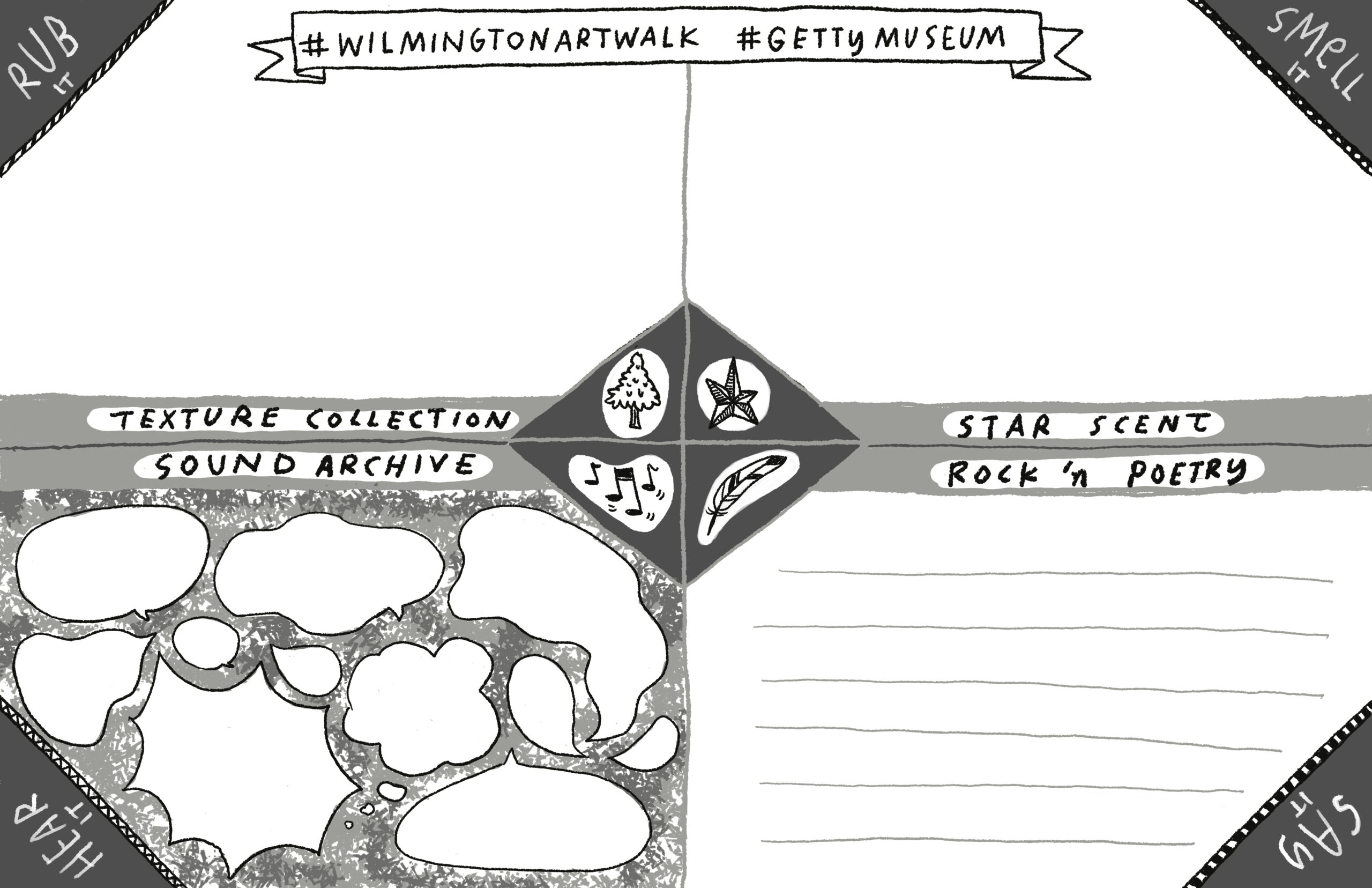 Getty museum is celebrating its 25th anniversary since opening its Santa Monica mountain site. To mark the occasion, the Getty has been working with Community Art Resources (CARS) to produce a series of weekend festivals in various parts of Los Angeles. I had the privilege of working with artist Mario Ybarra Jr. and his colleagues at Slanguage Studio to produce an interactive scavenger hunt map for the Wilmington Getty 25 festival held on 20-31 July 2022. 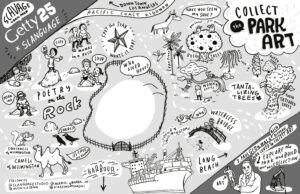 The map was inspired by J. Paul Getty as a voracious art collector and a walking tour led by Mario, who gave us heaps of interesting historical facts to collect with his wealth of knowledge as a born and bred Wilmington (or ‘Wilmas’, if you’re a local) boy.

As we explored the park, Mario pointed out Wilmington’s fascinating history starting from the city’s port origin in the 1853 when Phineas Banning, a businessman and entrepreneur from Delaware, purchased the land to make it into what is now one of the largest port city of Los Angeles and beyond. Wilmington played host to major influencers in its heyday, such as Randall Hurst, but in more recent decades, its reputation has been less salubrious. Dominated by the heavily fortified port and industrial landscape (it’s got the third largest oil field in the whole of continental U.S.), Wilmington is the only city to have no beach along the entire Western stretch of the country and instead have one of the worst air quality and high gang crime. Yet, it’s community is strong, resilient, vibrant and fun loving. We therefore wanted to create something that celebrates the park as a place that has seen changes but continue to be at the center of the community’s life.

Easily missed but cheerful elements, such as the fallen but still thriving tree that children prefer to climb rather than the metal jungle gym, slabs of rocks that pepper the park’s green (to possibly deter people from playing soccer and damage the turf), and commemorative star plaque at the park’s North entrance. Based on the tour, we developed the scavenger hunt idea for families that will engage the whole family to walk and together explore and make new discoveries of the park.

The middle of the map is left deliberately blank as we were curious to see whether local families knew the history Banning’s beautiful colonial style house (now a museum) that sits at the heart of the park. Interestingly, out of all the children, teens and adults who picked up the map, only four knew the name of the original occupant! For those who did not know, they were tasked to go and find out, which earned them a stamp designed by Monica Martinez in the center. 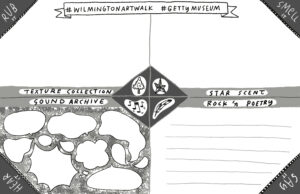 The map not only celebrates the rich history of the festival site, Banning Park, but also bring the importance of J. Paul Getty as a collector. To do so, we designed a map where on the back, visitors are ‘collect’ their experience of the park using their senses beyond the visual, such as haptic, olfactory and auditory senses. A section for bringing all those senses together to inspire a poem was also included, and although I didn’t expect people to take the time complete the interactivity including the poem, some did with brilliant observations and reflections at play. 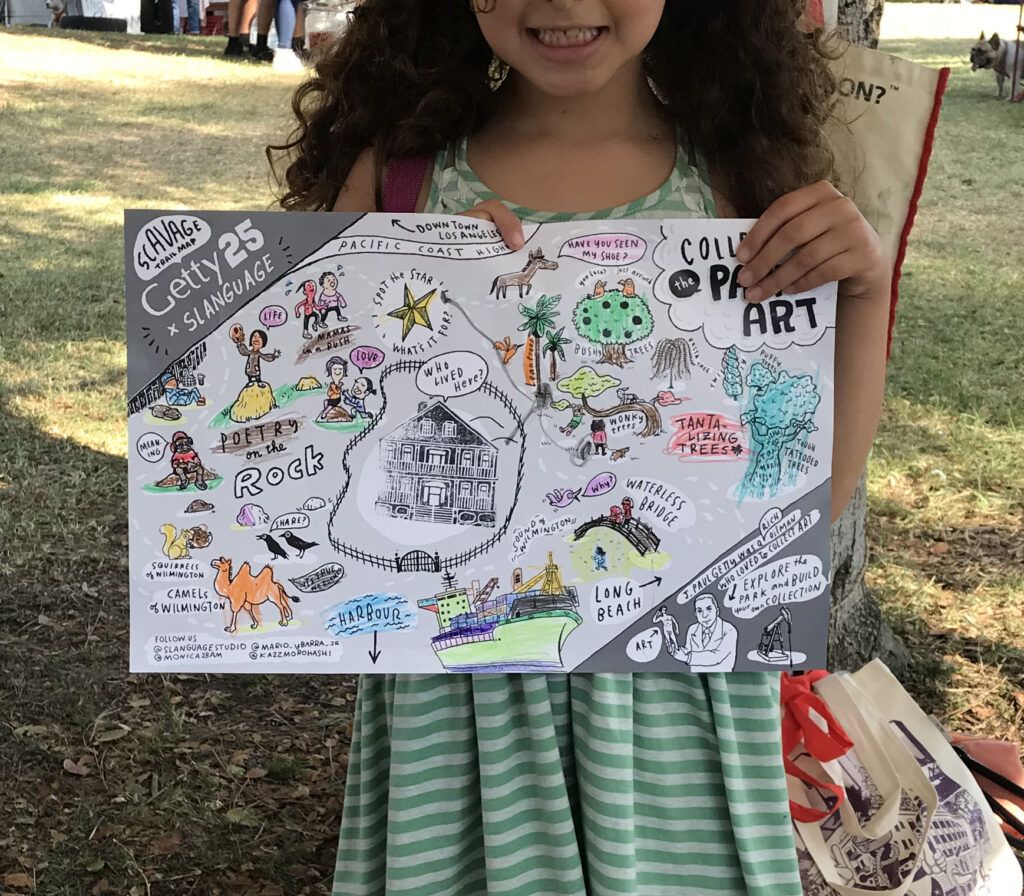 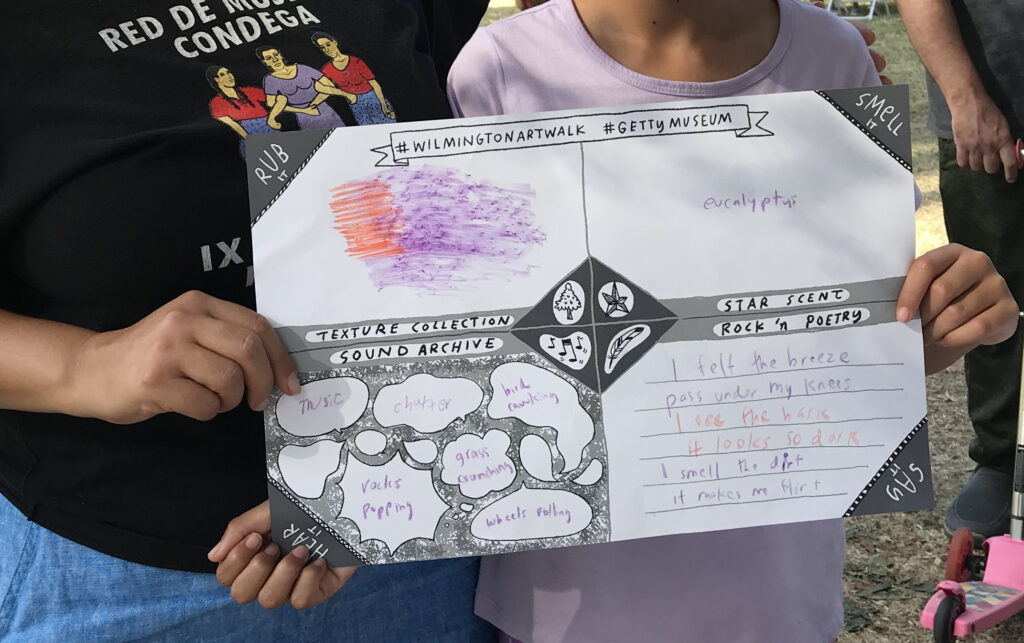