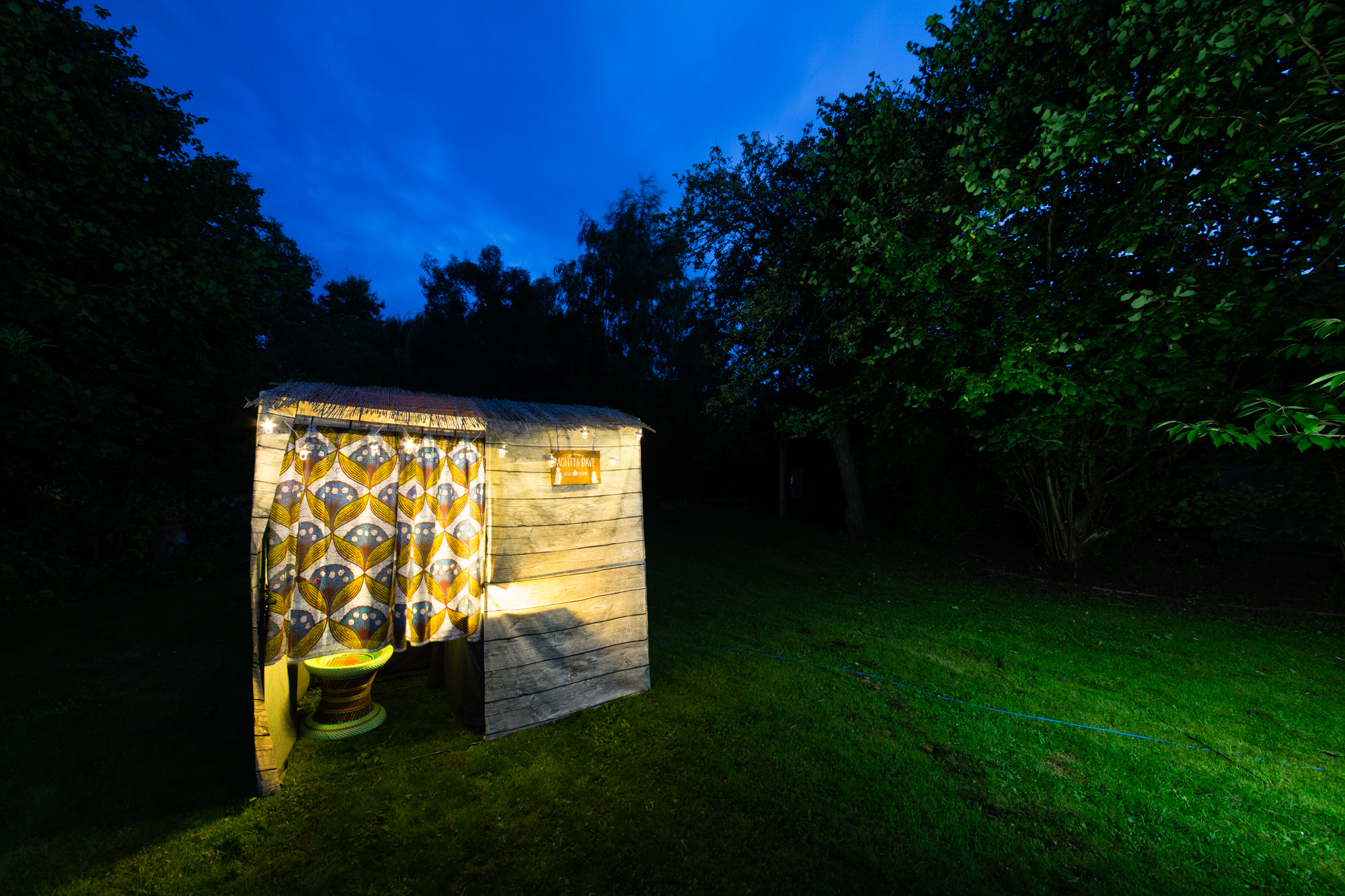 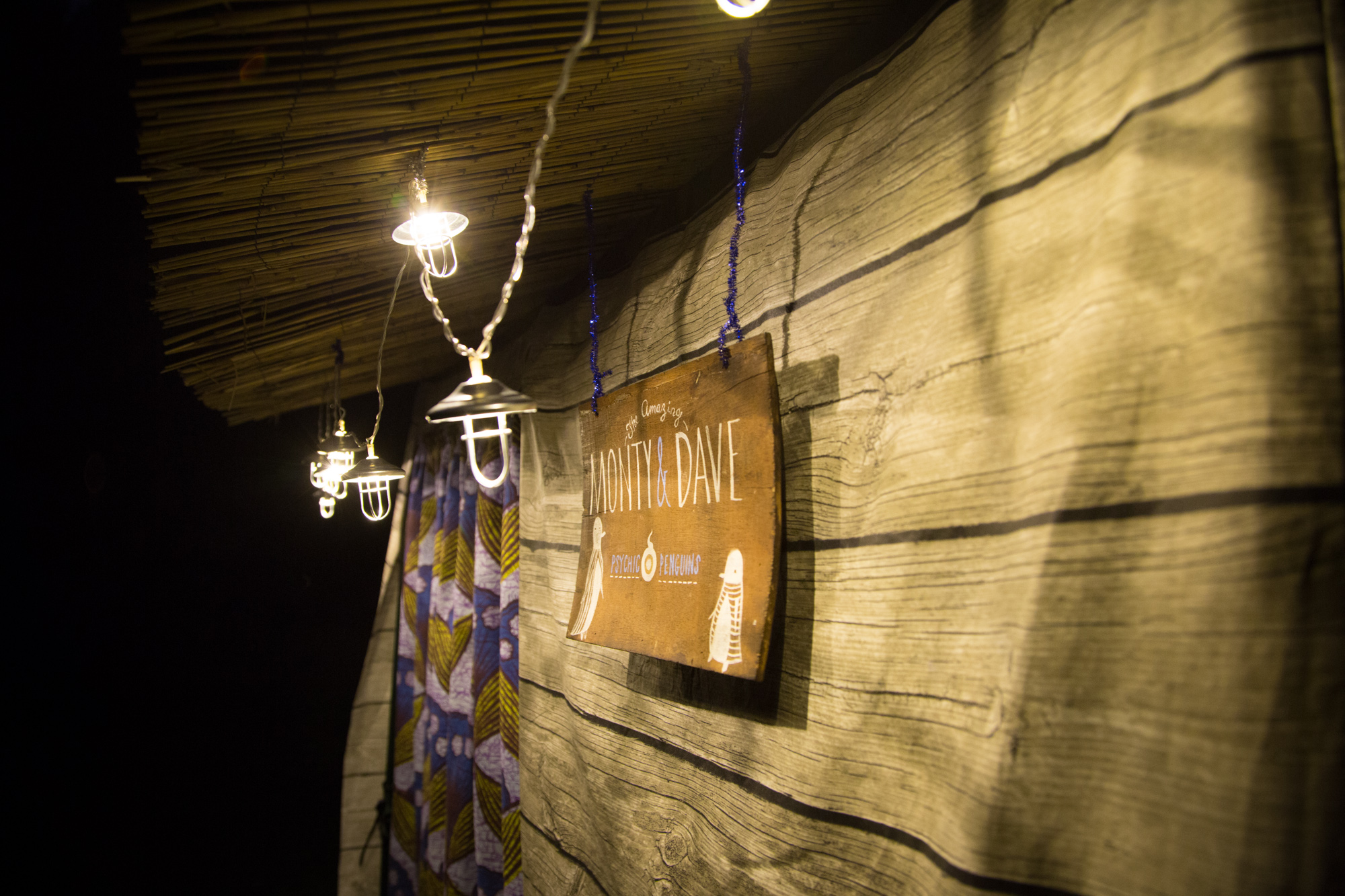 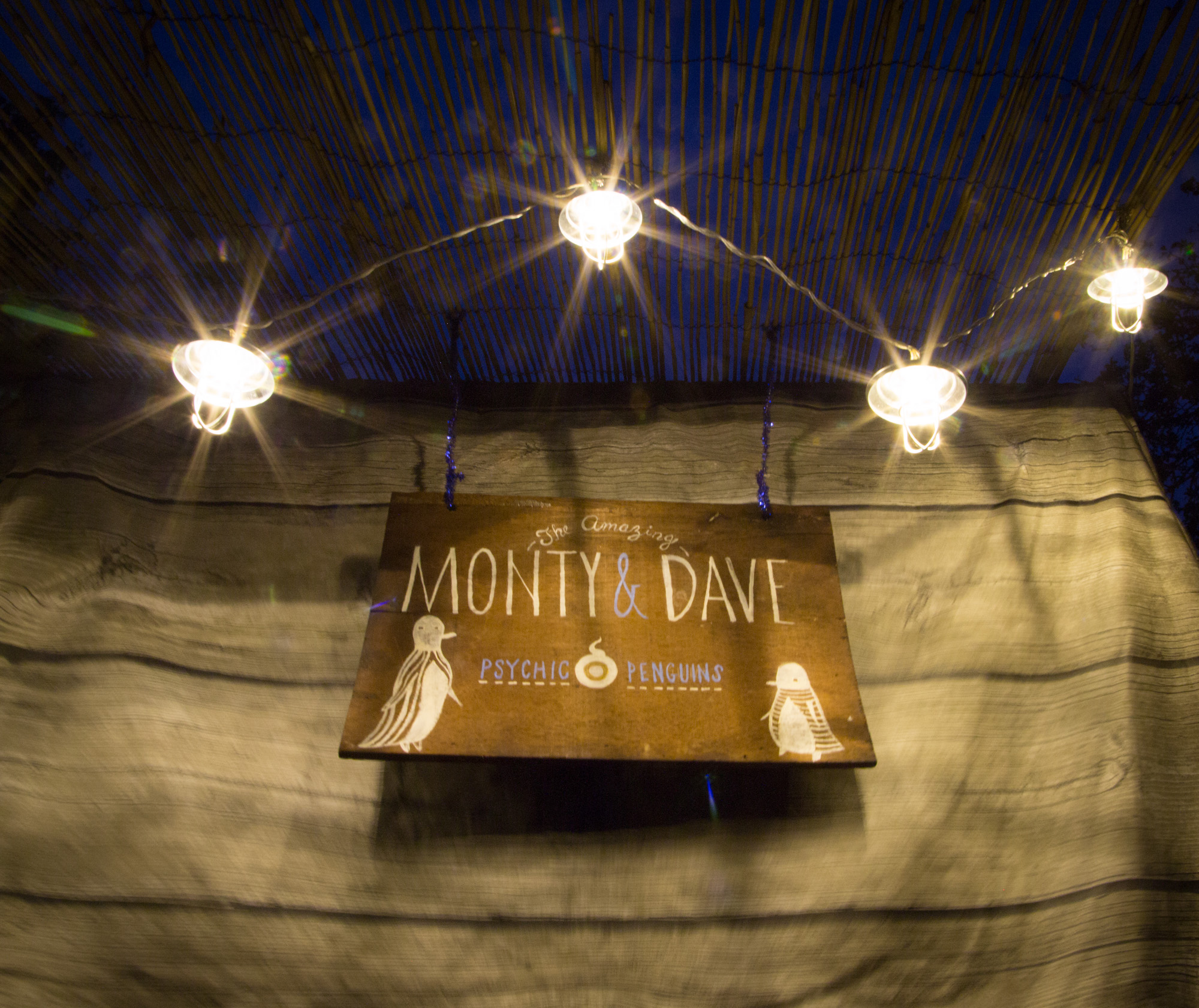 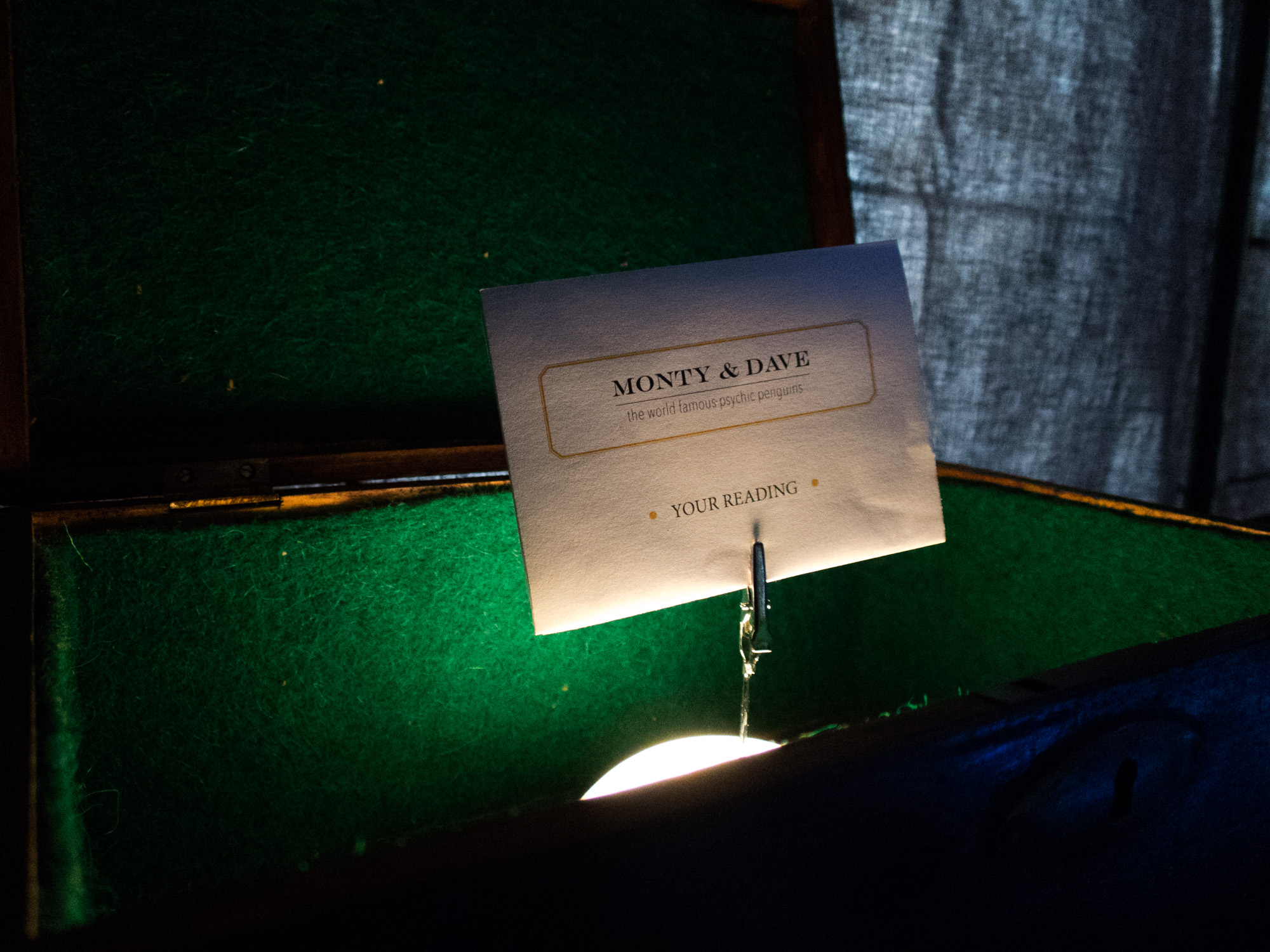 What’s in your future? Many learned what’s in their stars from Monty and Dave as they held their live pop-up psychic reading stand.

As part of the Haveago Festival 2014 Monty and Dave held a 5-hour long performance event where the psychic duo imparted their paranormal wisdom to over 50 people of all ages in need of future guidance.

Inside a shanty shack-inspired booth, the two welcomed their clients with 5-10 minute one-to-one psychic consultations before sending them off with a unique fortune enhancing reading card.

The statements made by the penguins were all based on Barnum statements. The visitors were plied with information that appeared to be unique and person-specific, and therefore gave the impressions that the ‘psychics’ possessed intimate knowledge about the visitor, but were in fact grossly vague and general comments that would apply to many people. The result was an interactive experience where the visitor were made aware of the fallacy of future-scoping statements, but more importantly the realisation of how many of us are easily motivated to imagine our future selves through the simple power of suggestion.

The project was inspired by Elizabeth Loftus’s work on false memories and Christopher French’s research on psychic powers. Loftus, a psychology professor at the University of Washington, argues that it is more common than believed that we either remember things that didn’t happen or remember them differently from the way they really were, and how this instability of our memory raises some important ethical questions. Meanwhile, French, a psychology professor at Goldsmiths, uses applied research to investigate the psychology of paranormal belief and ostensibly paranormal experiences. His work dispels the myth of ‘psychic powers’ and explores the relationship between paranormal beliefs and its social impact.